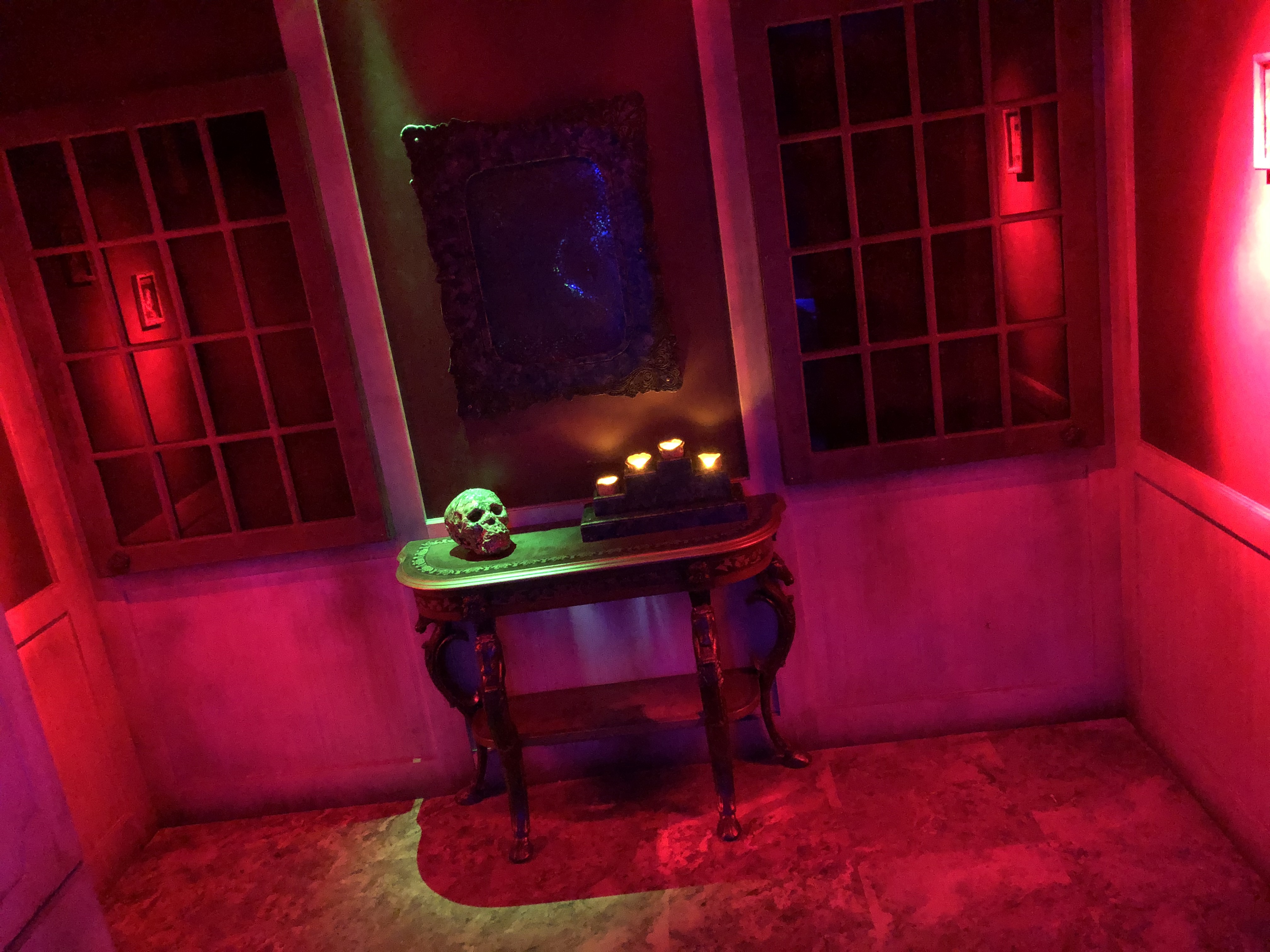 The Whitby family was one of the wealthiest families in New England during the 1900’s. The Whitby Mansion (with over 90 bedrooms), was built for James and Edith Whitby. Legend has it, James (the Lord of the manor) went mad and murdered his entire family.

After their death, the Whitby Mansion was sold at auction, it was then re-named and turned into the luxurious Laughton Hotel. There have been more supernatural events witnessed in this hotel than anywhere else on earth - with stories that will make your hair stand on end. Due to the unexplained deaths and unusual occurrences, the Laughton Hotel was eventually shuttered in 1992 – and unfortunately, detectives and paranormal investigators who have tried to explore the old mansion for evidence, were never seen again.

Locals say that any living thing caught in the hotel at the stroke of midnight will become part of the spirit world forever... but your curiosity got the best of you. Your goal is to find proof that paranormal activity exists; and if you’re lucky, crack the unsolved mystery of Edith Whitby’s disappearance, whose body has never been found… 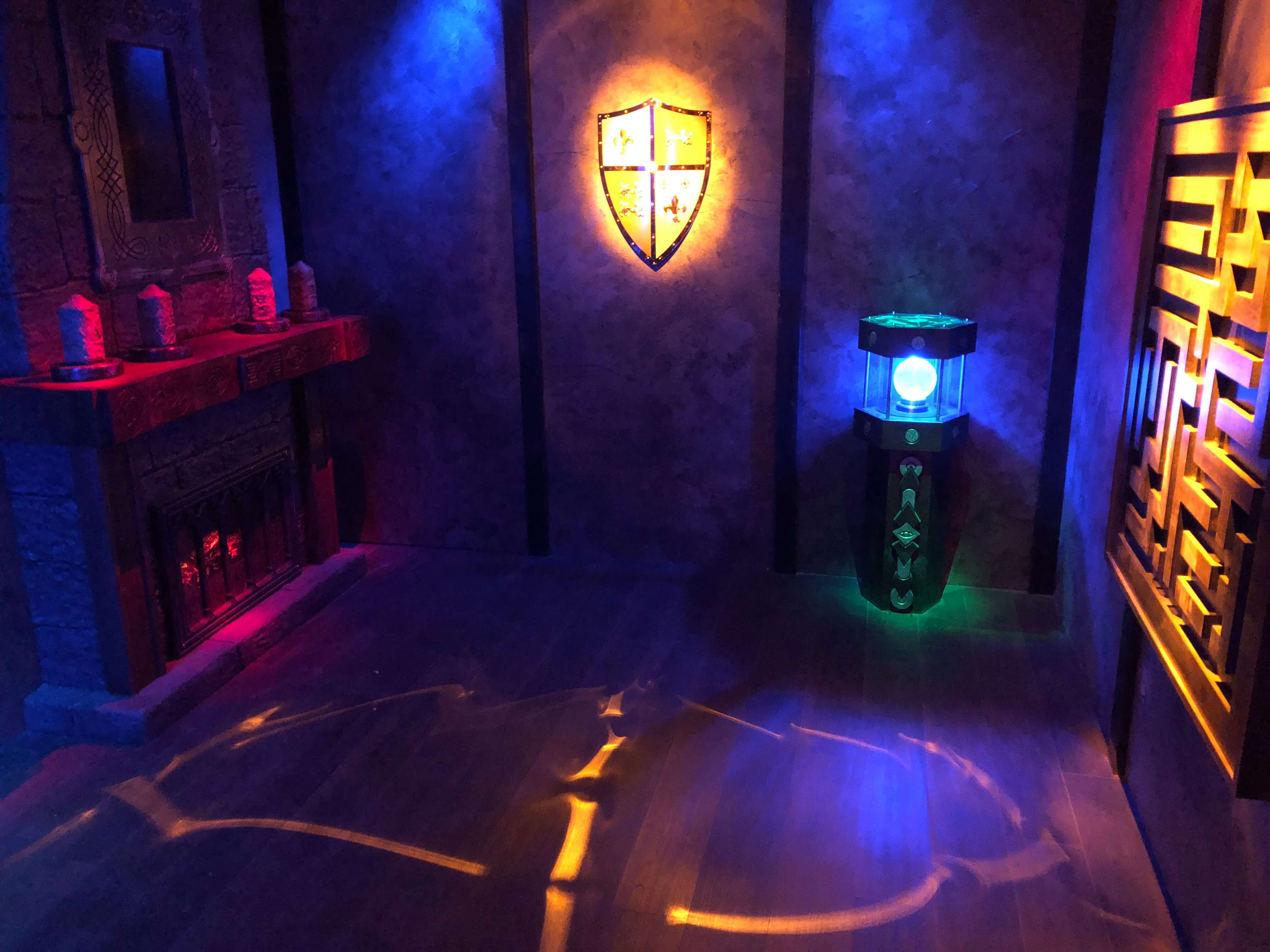 Home to Queen Magdelana, current possessor of an ancient jasper amulet that was gifted to the royal family by the great sorcerer, Magus Magentos during the time of the Trelven scrolls.

The current sorcerer, Vesputin, has coveted the Queen’s amulet since the day he first laid eyes upon it... and now the amulet has disappeared! The Queen has tasked you, a royal scribe, with searching Vesputin’s study. Her majesty believes she can distract Vesputin for exactly one turn of the hourglass.

It will take unparalleled intelligence to match wits against the spells and incantations of a royal sorcerer. Recover the amulet and expose Vesputin’s treason, before he returns and be forever in the Queen's graces. Fail, and you will be sent to the dungeon for all of eternity... 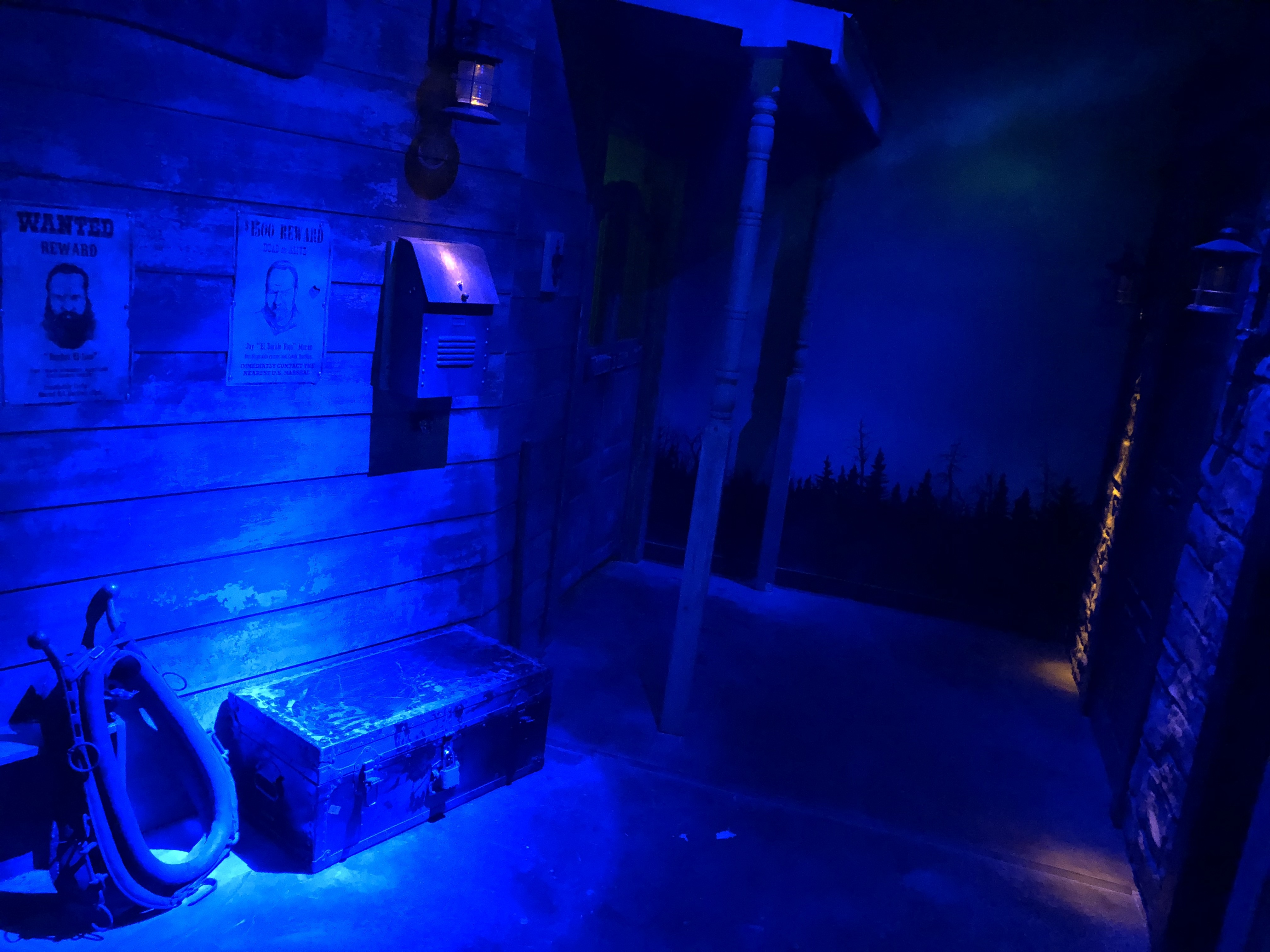 You are part of the infamous James-Younger Gang - notorious outlaws of the Wild West. With your leader, Jesse James, laid up with a gunshot wound, it’s up to the rest of you to carry out the robbery.

Gold - enough for 3 lifetimes, and the priceless Baton Rouge Diamond - are locked in the vault, waiting to be picked up by the militia and transported by armed caravan to Fort Wickett. The robbery has to happen tonight. Jesse’s most trusted companion, John Younger, is holed up near the bank waiting for the signal. Specific instructions detailing how to break and enter the bank vault have been left for you.

Get into the vault and get the loot before the Sheriff arrives. But watch out! There’s a bounty on your head, and every cowboy with a gun is trying to cash in... 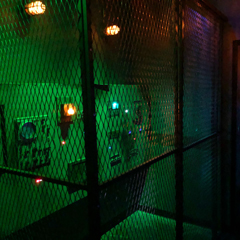 It was supposed to be a vaccine. It was supposed to protect us from the return of Cholera. Who could have predicted the side effects were death, and then reanimation of your corpse? With most of the world infected, there aren't many places left to hide from the zombies. You spend your days trying to find food and supplies - and trying to NOT get bitten.

That was...until yesterday. It wasn't even a real bite! It felt like a scratch. But you know there are very few second chances any more. You can feel the blackness creeping into your extremities. It’s only a matter of time until you turn. You need to break into the abandoned government Bunker 57, pray to God that the antivirus they were working on is viable, and inject it into yourself before time runs out. You have 60 minutes before you have to make a very difficult decision... 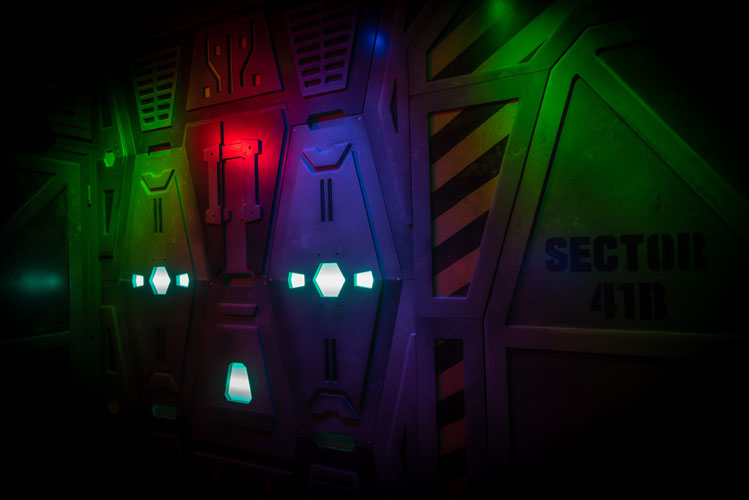 Draden Briggs, Bounty Hunter scum, has kidnapped you and your friends. He's transporting you to the planet Xionia and forcing you to work in the copper mines for the remainder of your days. It's a 4-year space journey, but you are traveling in cryosleep, a form of hibernation that makes it feel like only 8 hours. You awake early due to a malfunction! Briggs is also coming out of cryosleep and the timer is counting down 60 minutes until he wakes.

Your mission is to free yourselves from the locked cryocells and take control of the ship, then set a course for your home planet before Briggs wakes up... 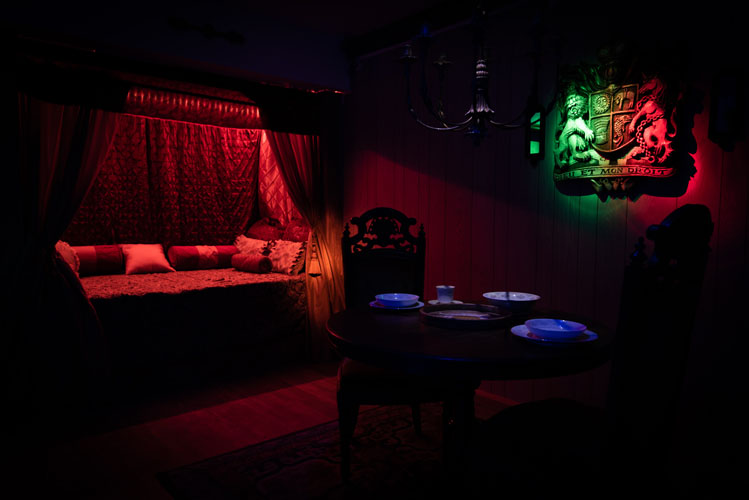 The hook-handed Captain McGinnis, met his forever love, Rose, while plundering the high seas. He kept her near at all times, even when he and his crew set sail. Sea dogs say it's bad luck to have a woman aboard, and his crew took this warning to heart.

In an attempt to salvage their luck, they mutinied against the Captain, throwing Rose overboard. Unfortunately, a worse fate awaited them... A wrathful storm brewed overhead, washing their ship ashore and no living souls were left onboard.

Your crew comes across the wreck, gathers courage and decides to venture onto the cursed vessel. Your goal within 6o minutes is to find the Captain's treasure and then break the curse - Before you become cursed as well... 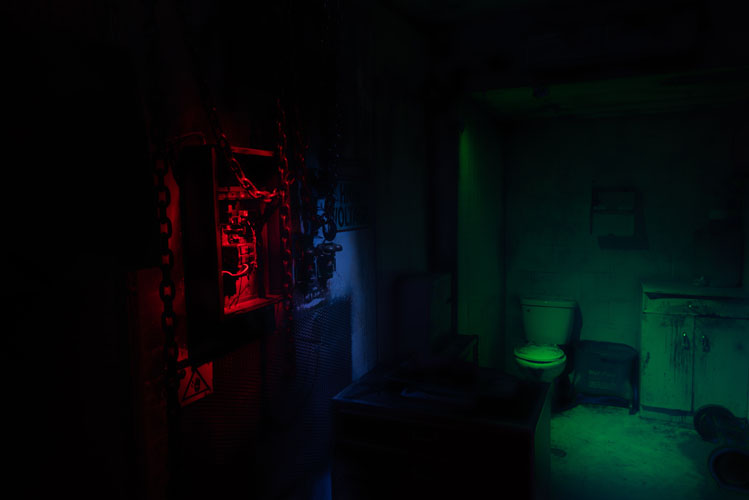 The last thing you remember is getting on that airboat to enjoy a trip through the Everglades. You enjoy traveling alone - or at least you did.

Waking up covered in blood, with a pounding headache was not supposed to be part of your adventure. And who's that guy on the floor... is he dead? From the looks of it, this meat packing plant has been abandoned for years. But if it's truly abandoned, what are those horrific noises coming from the other room?

"Get up and find a way out of here!" you tell yourself. The clock is ticking... 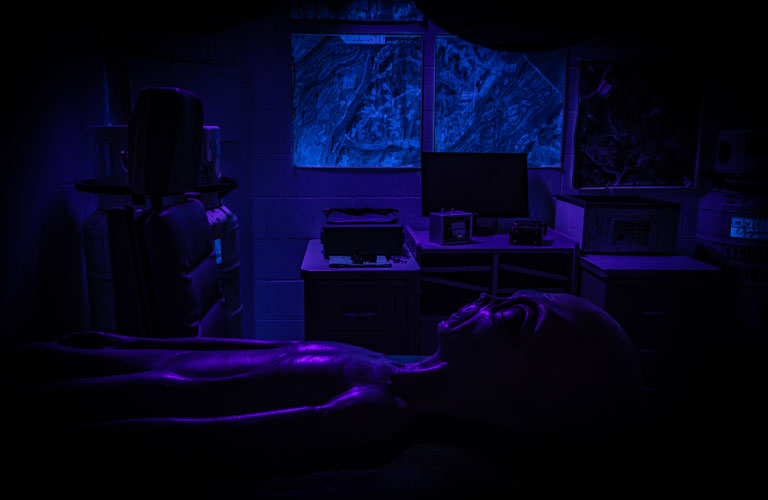 According to the US Government, this particular research facility was said to be abandoned in the 1950's... but you know better than that. They say the experiments being conducted here are enough to make your stomach turn inside out.

Getting the exact coordinates was not easy, and the timeline is pretty tight. But, it's now or never... So take a deep breath. Get in. Find the experimental evidence. And get out alive! 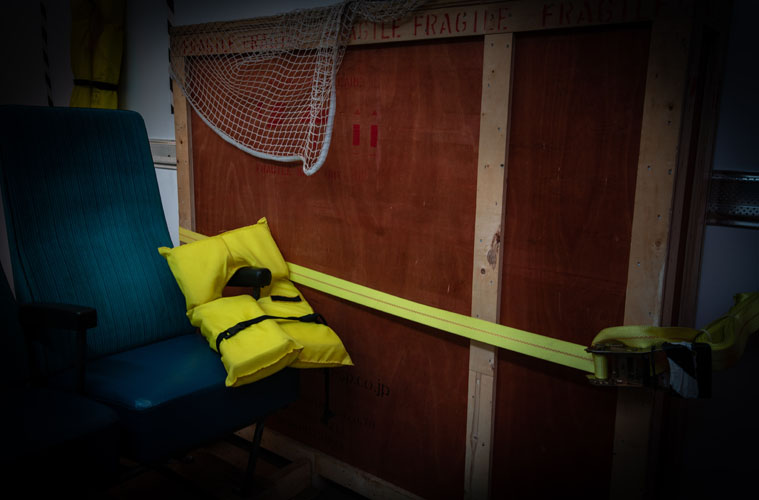 The red eye flight from Amsterdam to Newark was a fairly ordinary flight, for a smuggler. When you hear the sound on a plane no one wants to hear... ENGINE FAILURE! The pilot has done a fair job of landing you in two or three pieces in the middle of the North Atlantic and you are floating... for now. But bad news turns worse because no one knows you are smuggling yourselves in the cargo hold.

Everyone else has been rescued, but you must rescue yourself. Your goal within 60 minutes is to depressurize the plane and get the door open, before it sinks to the bottom of the ocean...

We are located in MARKET SQUARE mall off Odana Road,
on the back side - near the Market Square Theater.
Convenient to restaurants and shopping,
just a block from West Towne Mall on Madison's west side!